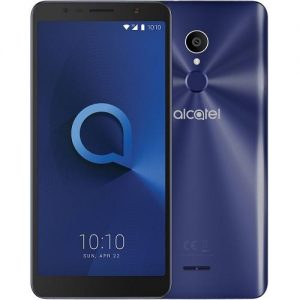 The French smartphone maker, Alcatel is known for bringing out mid-range and high-end smartphones recently. Alcatel 3C is a budget smartphone that is being released after about two years of the company producing budget smartphones. With nothing spectacular about the phone, the Alcatel 3C offers basic Android features while being affordable.

Memory: 1GB RAM with 16GB built-in storage, up to 128GB with a memory card

The Alcatel 3C is designed to reflect light with it’s aluminium body. The smartphone measures 161 x 76 x 7.9 mm and weighs 169g. The rear camera is fitted at the top middle with its flash sitting below it. Below the LED flash again is the fingerprint sensor which is quite fast in operation unlocking the device in 0.1 seconds. The Alcatel logo is printed under the fingerprint sensor.

Powering this smartphone is a Quad-core 1.3 GHz Cortex-A7 processor. Clocking at a speed of 1.3Ghz is quite a low speed. It uses a Mediatek MT8321 chipset. Graphics are handled by a Mali-400 GPU.

Multitasking is done by its 1GB RAM and it has a ROM space of 16GB which can be expanded to 128GB by an SDcard. It’s is powered by Android version 7.1 (Nougat).

Alcatel 3C uses a 8MP and 5MP camera setup for videos and pictures. It also features an LED flash.

Battery and Other Features

This smartphone does not have 4G connectivity but uses the 3G and 2G network. Something you may find in most budget smarphones.

The Alcatel 3C has been released and is available in leading stores… You can get it for a price of N48000 to N52000 depending on your location. 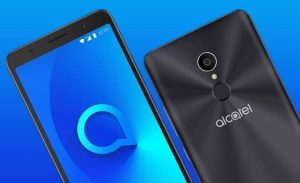 Radio: To be confirmed

DISCLAIMER: In as much as we take pains to make sure we give you accurate information, we do not guarantee that all information on this post is 100% correct.