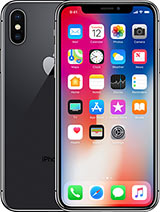 Since the time of iOS 7, force-closing on all iPhones installed on it up till iOS 11 remained the same. To force quit on those iOS, all you need do is to double click the home button and then swipe up on the unresponsive application to force it to close. Moving up to the iPhone X that does not have a home button, how can you force quit an app? We’ll attend to that here.

An intuitive feature it is, force closing apps is very easy to learn and before you know it becomes easy for you.

STEP 1: Open the app switcher by swiping
To get to the app switcher, all you need do is to swipe up from the bottom of the screen after which you would pause with your finger still in the middle of the screen for a second. Wait till all the app cards appear. The pausing is very important because if you just swipe and don’t hold, you would be returned to the home screen.

STEP 2: Next, force-close the apps from the app switcher
With the iPhone X, it is impossible to directly swipe apps away from the multitasking screen to close them. When you perform the action of dismissing apps from the multitasking screen by swiping up on an app card, this action is interpreted as a home button gesture and your iPhone X minimizes the app instead of closing it and returns you back to the home screen. When you try swiping down on an app card, the app is returned to the full screen.

For this reason, there is another way to properly force-close apps from the app switcher on the iPhone X and that is by employing the older long-press gesture used in iOS 4 through iOS 6.

To rightly close apps on iPhone X, just press and hold any app in the multitasking screen and you’ll see a red button with a minus (-) sign on top of each of the app cards. Next, just tap the minus button of the app you want to close and it would close.

But you can still make use of the swipe gesture as it is not gone completely. You can also close the apps by swiping up the cards when the red minus button are displayed.

In other words, you can still perform the action of force-closing app but that can happen only when the red minus buttons are present. If the red buttons are not there, you would be taken back to the home screen.

With the gesture-based design of the iPhone X all due to its bezel-less design and lack of home button, we can reason and understand that Apple has added an extra level to the iPhone X.

This is seen in the swipe-up-to-close gesture in the multitasking UI, even though it may not be user-friendly should the same basic gesture do different functions in the different part of iOS.